Fossils, Flowers, and Fish – Oh My!

Montana has designated nine official state symbols, represented below, all promoted by school children, garden clubs, legislators, and others. These treasures are not necessarily unique to Montana, but each one has a distinctive story to tell about our much-loved state.

The State Animal Project was launched in 1982 to impress upon Montana students the importance of an individual’s vote and to familiarize them with the legislative process.

Students statewide nominated various species to hold the honor of state animal, then held a primary election and the choices were reduced to the Grizzly Bear and the elk. This was followed by a general election a month later. The Grizzly (Ursus Arctos Horriblis) won with 34,346 votes to the elk’s 18,354.

It is currently estimated that there are 800 Grizzly Bears in Montana.

Traveling back to 1973, the legislature made Bluebunch Wheatgrass (Agropyron spicatum) Montana’s official state grass. Why? Because in 1972, a range conservationist with the Soil Conservation Service mentioned that Montana did not have a state grass, even though 75 percent of the landmass was composed of rangeland.

Found on dry slopes and mountain foothills, the range of the Ponderosa Pine (Pinus ponderosa) extends from central British Columbia south to central Mexico and east to South Dakota’s Black Hills. The Ponderosa Pine forests found throughout Montana are valued for their commercial timber. They are also used by a wide range of wildlife, including birds such as western tanagers and great horned owls, and mammals such as grizzly bears and mule deer.

In 1949, after a yearlong campaign by the Montana Federation of Garden Clubs on behalf of the Ponderosa, the legislature made the designation of the Ponderosa Pine as Montana’s state tree. 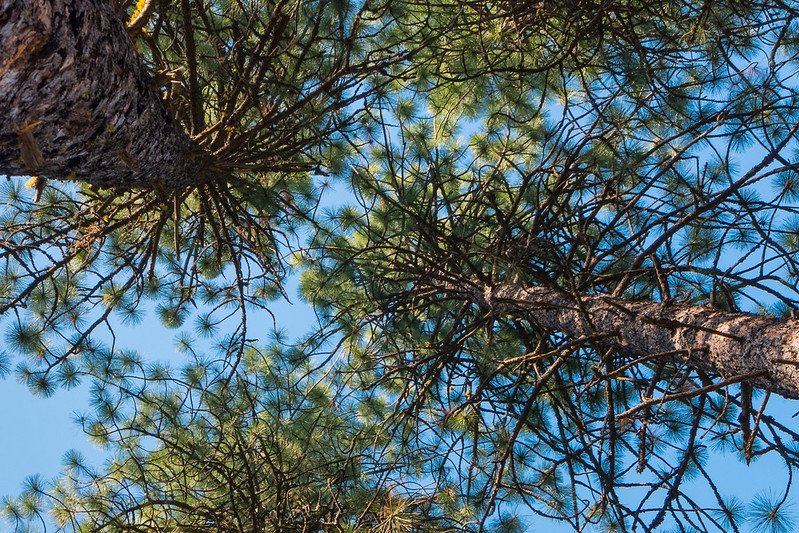 There are several locations in Montana where you can mine for sapphires. But only one location, the Vortex Mine in the Little Belt Mountains near Lewistown produces what is known as the Yogo Sapphire. These pale blue pebbles were declared “the finest precious gemstones ever found in the United States” by George F. Kunz, who at the time (1895) was considered America’s foremost gem expert.

The mine from which they were extracted produced an estimated $40 million worth of sapphires. The Montana yogo sapphire is even rumored to found in the Royal Crown Jewel Collection in London. The Yogo Sapphires are commercially mined.

In 1969, the Montana Council of Rock and Mineral Clubs asked the legislature to declare both the sapphire and the Montana Agate (which is found along the Yellowstone River) as Montana’s official sate gemstones. The legislative body complied in 1969.

In 1978, a significant discovery of fossils of a nesting colony of duck-billed dinosaurs were found west of the town of Choteau, Montana. A year later, it was determined by paleontologist Jack Horner and his research partner Bob Makela that this species that they named Maiasaura (Maiasaura Peeblesorum) meaning “good mother lizard” raised its young in colonies, as birds do, rather than abandoning the nest after laying eggs, like reptiles. Montana designated the duck-billed dinosaur (Maiasaura peeblesorum) as the official state fossil in 1985, influenced directly by schoolchildren from Livingston Middle School.

They wrote letters to the Governor, legislators and other schools to support the fossil designation legislation. In addition, they wrote songs and stories, made and distributed brochures and T-shirts. They baked 2,000 Maiasaura-shaped cookies for the legislators, and toured the Governor’s Office and the State Capitol. And through this innovative marketing campaign, they got ‘er done! Many other species of dinosaurs such as T-rex have been discovered in Montana. 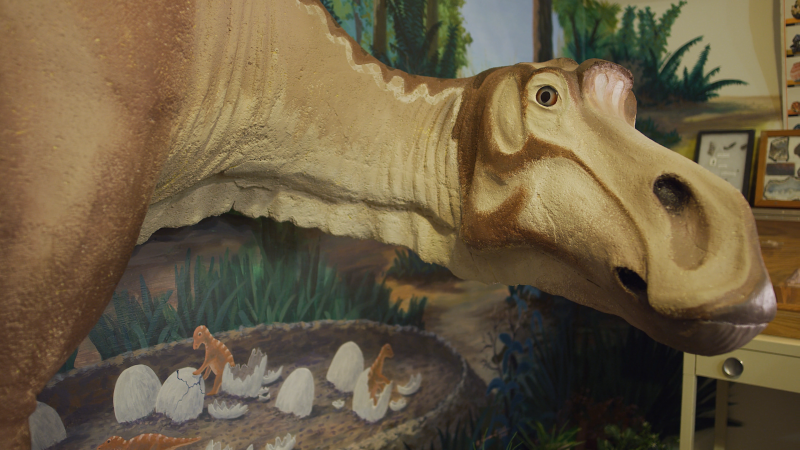 Check out the Montana Dinosaur Trail.

Meriwether Lewis first described the Bitterroot (Lewisia rediviva) in 1805, rediviva referring to the plants bright pink flowers. Long before the expedition arrived in Montana, the Bitterroot was well known to the American Indians who boiled and ate the plants nutritious root.

The 1895 state legislature made the Bitterroot the official state flower of Montana following a statewide contest in which the bitterroot emerged as the winner.

The Western Meadowlark (Sturnella neglecta), a melodic prairie bird was first officially recorded for science by Captain Meriwether Lewis of the Corps of Discovery in 1805 near present-day Great Falls. In 1930 Montana’s schoolchildren voted for the western meadowlark as the bird that best represented the state. It was made official by the legislature the following year. 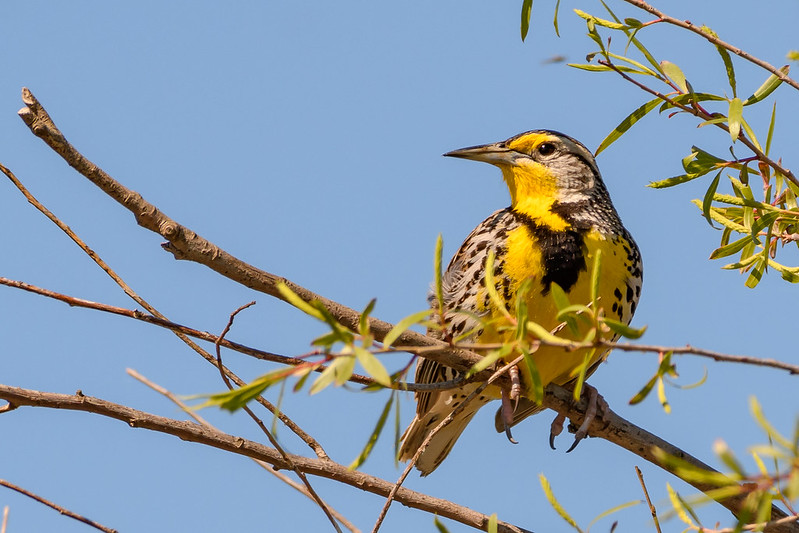 A striking insect, the Mourning Cloak Butterfly (Nymphalis antiopa) has wings of dark brown that are edged in bright blue and yellow.

The idea of a state fish was believed to have been hatched in 1974. After several debates and differences of opinion over which species should be chosen, Governor Thomas Judge signed into law the bill that made the Blackspotted Cutthroat Trout (Oncorhyncus clarki lewisi) the official state fish during the 1977 legislative session.

Other candidates for state fish were the paddlefish, Dolly Varden (bull trout), and the Artic Grayling.

Fun fact: the Blackspotted Cutthroat Trout was described by Captain William Clark in 1805. 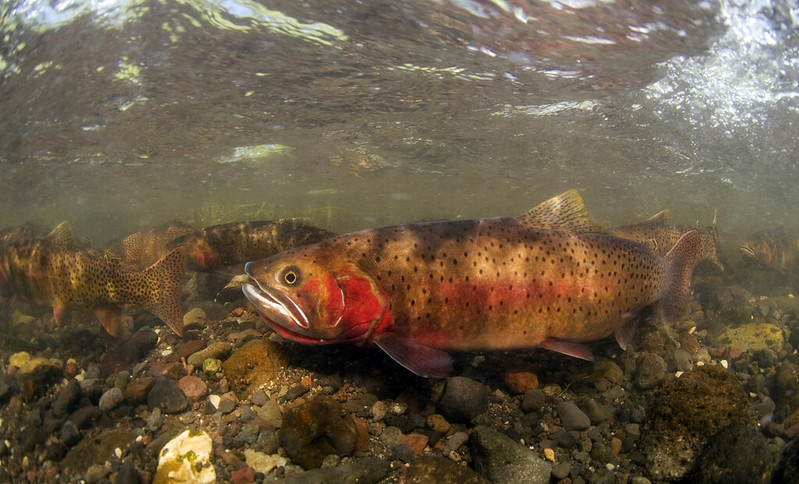 Where can you find these symbols? At or near any guest ranch you visit! Many of our ranches are located at the base of one of our magnificent mountain ranges or near wilderness areas and on prairies. Some have rivers and streams meandering through their property or nearby. I have seen hundreds of bitterroots scattered over a hillside, heard the song of a meadowlark and walked through a Ponderosa Pine forest, and have visited many small towns near the ranches that house dinosaur fossils and agates.