Many visitors to Montana don’t realize that twelve tribal nations living on seven Indian reservations located throughout the state call Montana their home. Also located in Montana is the Little Shell Chippewa Indians whose tribe is state-recognized. Their tribal headquarters is in Great Falls and is the epicenter of the Little Shell tribal programs. Their language is a blend of Chippewa native tongue, French, Cree and a little English. They are petitioning the federal government for federal status. 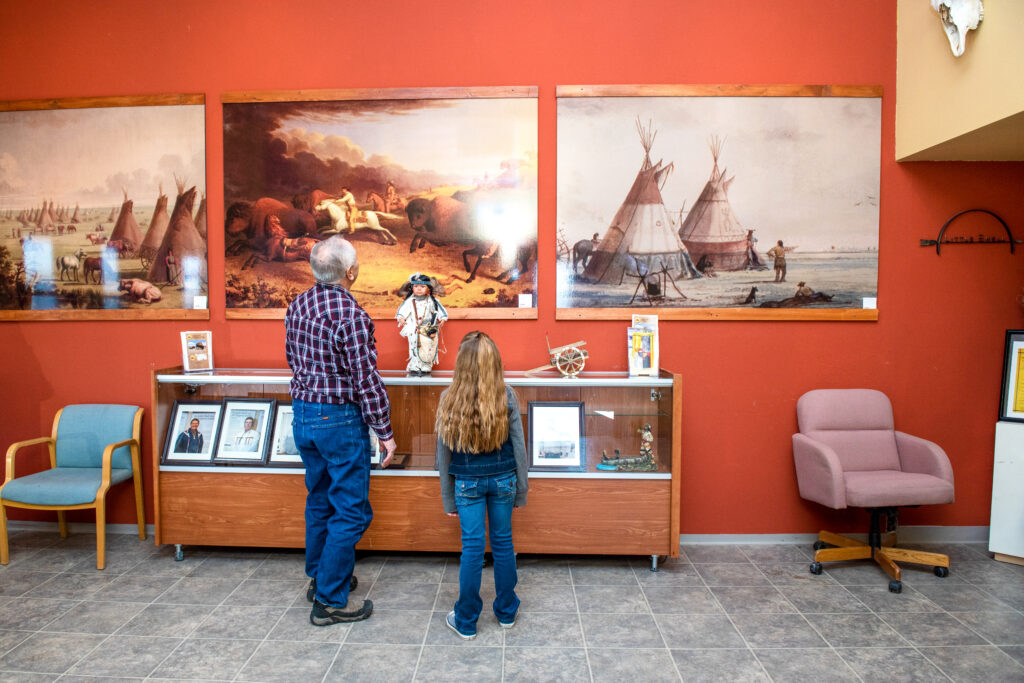 The other tribal nations are federally recognized in Montana. They have been granted tribal sovereignty, which means they have the authority to govern themselves, with some limitations. These tribal homelands have miles and miles of unspoiled landscapes with sweeping views and hidden treasures waiting to be discovered. You can witness the beauty of their artwork and shop for Indian made crafts or attend annual celebrations held by each reservation.

Let’s start with the Blackfeet tribe, located in Northcentral Montana. The reservation borders Canada to the North and Glacier National Park to the west. The Blackfeet people have a spiritual and cultural connection to Glacier National Park and consider the Rocky Mountain range the backbone of the world. Four separate bands live on the reservation – North Piegan, South Piegan, Blood and Siksika. Their annual celebration, known as North American Indian Days is held the second week of July. Chief Mountain stands ahead of the other mountains on the eastern edge of the Rockies and looks out over the plains of the Blackfeet nation. 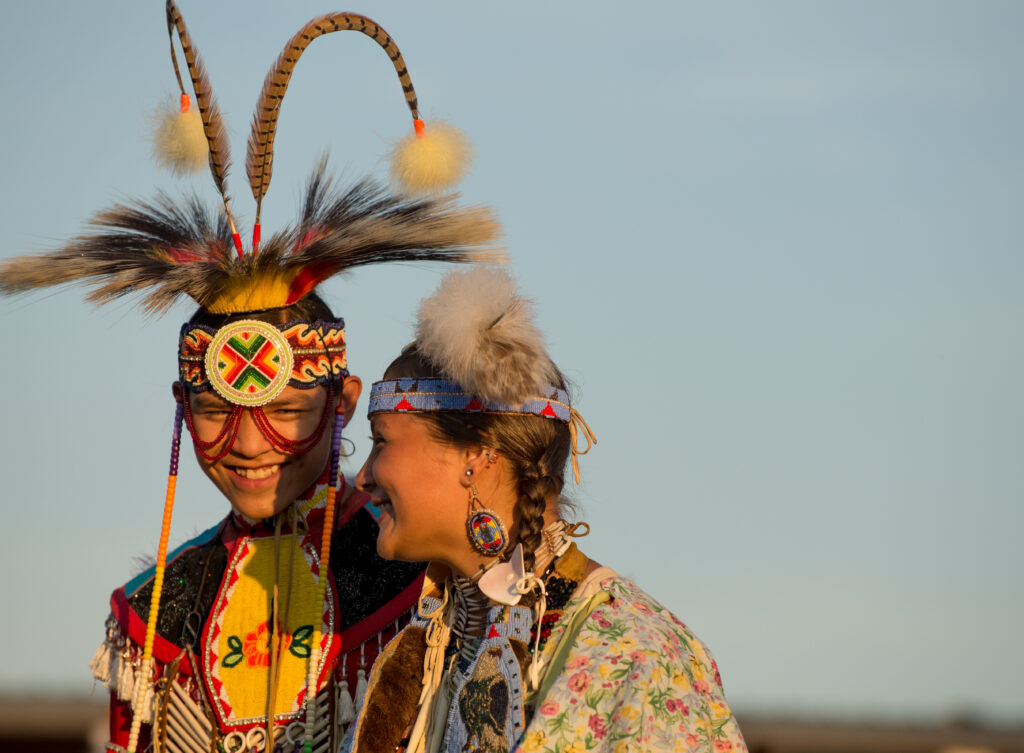 The Flathead Reservation is located on 1.3 million acres in northwest Montana, between the cities of Missoula and Kalispell. Both the Salish and Kootenai tribes call this reservation home. Their annual celebration is held on July 4th weekend. The southern portion of Flathead Lake, the largest freshwater lake west of the Mississippi River, is located on the reservation and offers fishing, boating and tour activities.

In northcentral Montana you’ll find the Fort Belknap reservation, home to the Assiniboine and Gros Ventre people. Milk River Indian Day is held the 4th weekend in July. An attraction on the reservation is the Mission Canyon, nestled in the Beartooth Mountains. A natural limestone bridge can be found, formed from hundreds of years of erosion, and soars 60 feet above the ground. 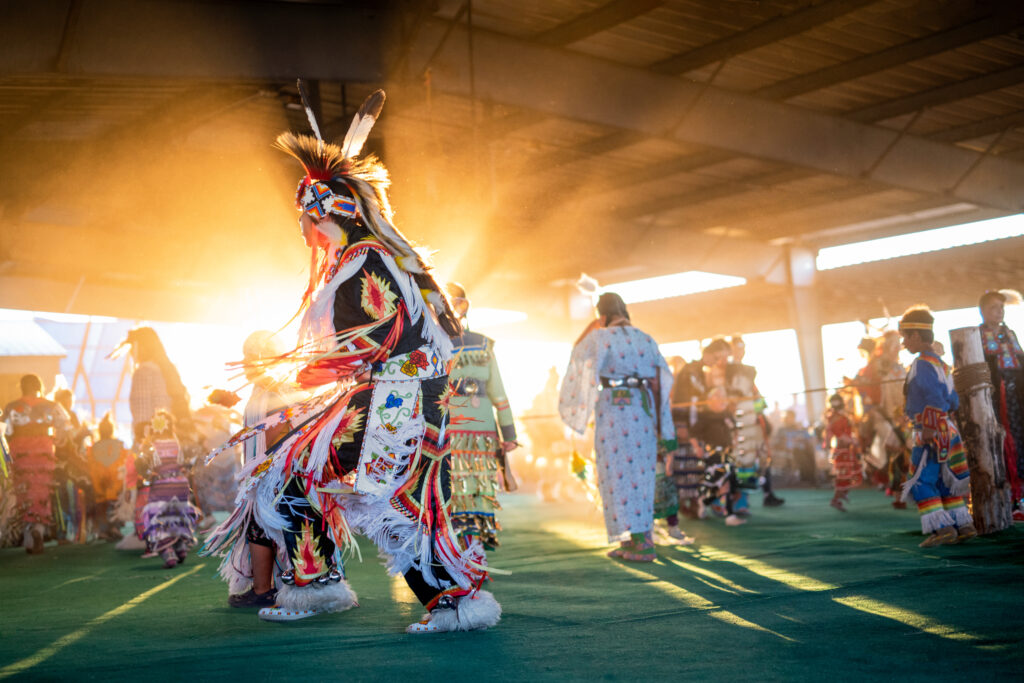 Travel to the east from Fort Belknap and you’ll find Fort Peck Reservation, approximately 50 miles south of the Canadian border. It is home to the Assiniboine and Sioux. Fort Peck Lake lies at the southwestern corner of the reservation. Its twisting, inlet-studded shoreline has a total length of some 1,520 miles. It’s the fifth largest artificial lake in the United States. The reservoir is also a tourist attraction, with 27 designated recreational sites bordering its shores. Bordering nearly the entire reservoir is the 1,719-square-mile (4,450 km2) Charles M. Russell National Wildlife Refuge, which has preserved much of the high prairie and hill country around the lake.

The 2,200,000-acre Crow Nation Reservation is located in southeastern Montana, is bordered by Wyoming and sits just south of Billings, Montana. The annual Crow Fair and Rodeo is held the third weekend in August. The Big Horn Canyon is a sacred place to the tribe and offers over 120,000 acres of various ecosystems, hiking trails and water activities. The Battle of the Little Bighorn, also known as Custer’s Last Stand was fought on this land on June 25, 1876. Custer and all of his men were slain in the battle; his horse Comanche was the lone survivor of Custer’s troops. The Little Bighorn National Monument is located near the visitor center on this site. There is also a memorial on site to the Native Americans who perished in the battle. 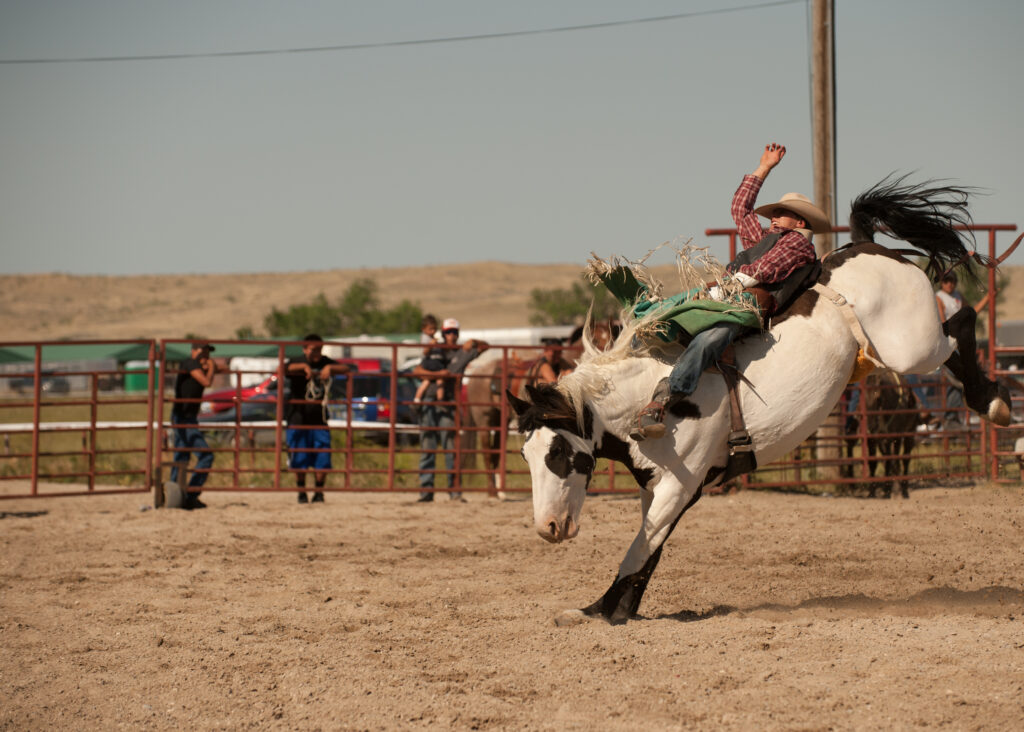 Rocky Boy’s 108,000-acre reservation is in northcentral Montana about 40 miles south of the Canadian border, within the Bear Paw mountains. It is home to both the Chippewa and Cree people. 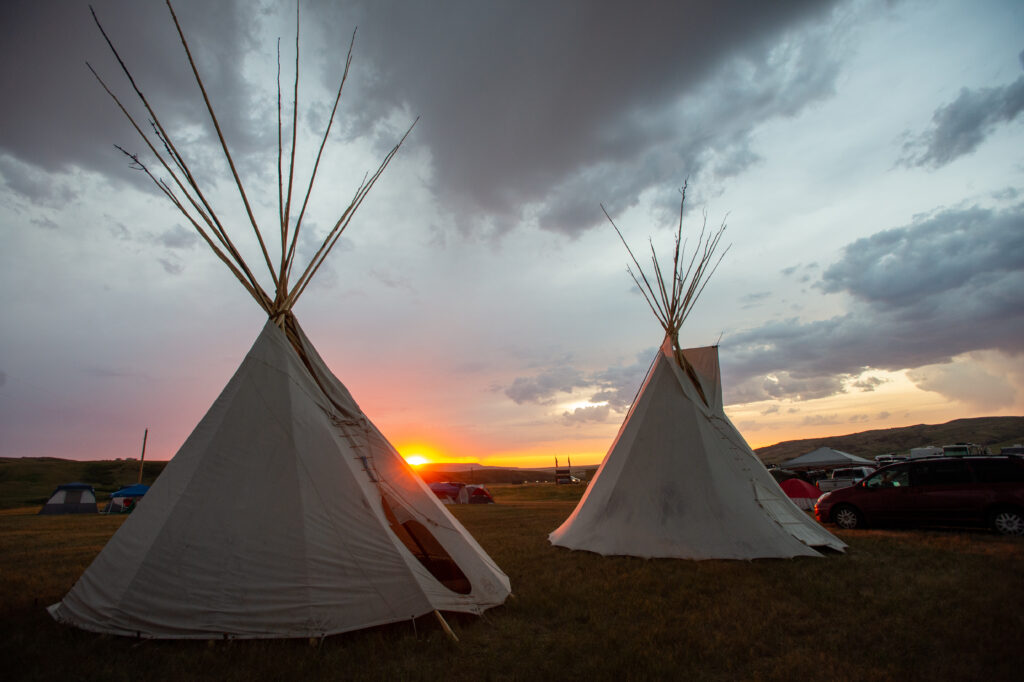 There is so much more to learn about each tribe and their traditions. To check out the events calendar and other details go to www.visitmt.com, click on menu then on the Indian Country link. Everything you want to know about each tribe, their history, reservation and events can be found here, and you can also order a copy of the new Montana/Explore Indian Country Guide at this link which takes you to the Montana Office of Tourism.

And thanks to the Montana Office of Tourism and their publication called Montana/Explore Indian Country from which I gleaned most of the information for this blog.

As you plan your ranch vacation for 2022 and beyond, be sure to take some time to explore the small towns and reservations near their location. Immerse yourself in the Native American history here in Montana, as well as other historic areas and attractions throughout our beautiful state.