A Montana dude ranch might not be the place you expect to find archaeological treasures, but there are pieces of Montana’s rich Native American history found on the property of one of our member ranches. These treasures remained untouched, or secret, for quite some time until discovered by Bill Jarrett in 1972. Bill was in the process of developing the Hawley Mountain Guest Ranch, digging out a bank near the Boulder River in the lower meadow of the ranch. This was to be the site of a dam which would increase the size of an existing pond on the property. While excavating, he saw a number of rocks that looked much like primitive tools. It was this discovery that led to uncovering these ancient artifacts. 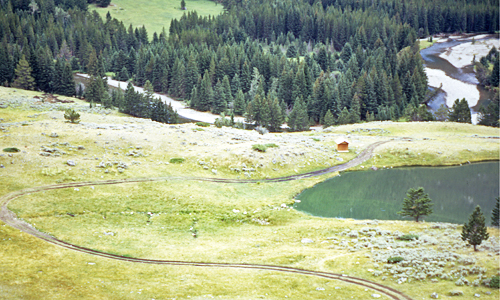 Bill contacted Montana State University (MSU) about his find, and during the summer of 1972 graduate students taking a field class in archeology from MSU established a site on the Jarrett property to begin their exploration. The students established a primitive camp along Montana’s Boulder River with tents, sifting screens, and other crude equipment and spent the entire summer on the project.
The students uncovered an undisturbed site which contained remnants of campsites once occupied by hunters and gatherers for over a period of 8,000 years and perhaps as long ago as 12,000 years. 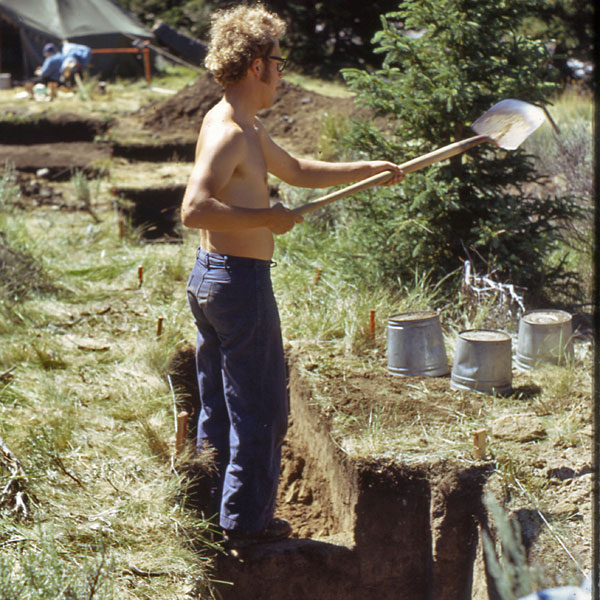 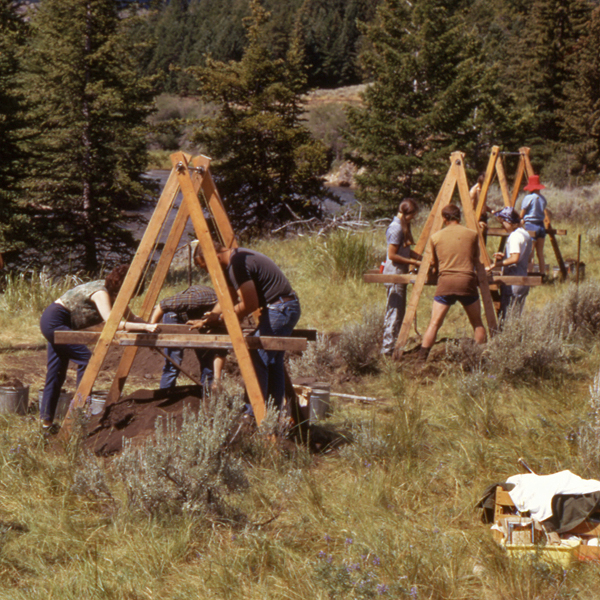 Once the remnants and tools in the campsite had been uncovered, it was noted that seven distinct prehistoric complexes were represented at the site. Projectile points, scrapers, and knives indicated that the area had been used as a workshop for killing and processing game animals. Skeletal remains of large animals, mostly bison, but also bear, mountain sheep, and deer were found at various levels of the site which proved these animals were used as a food source for the early inhabitants. 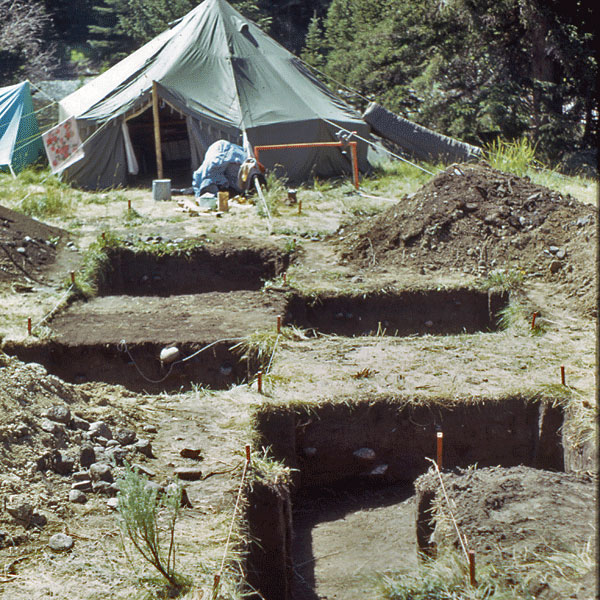 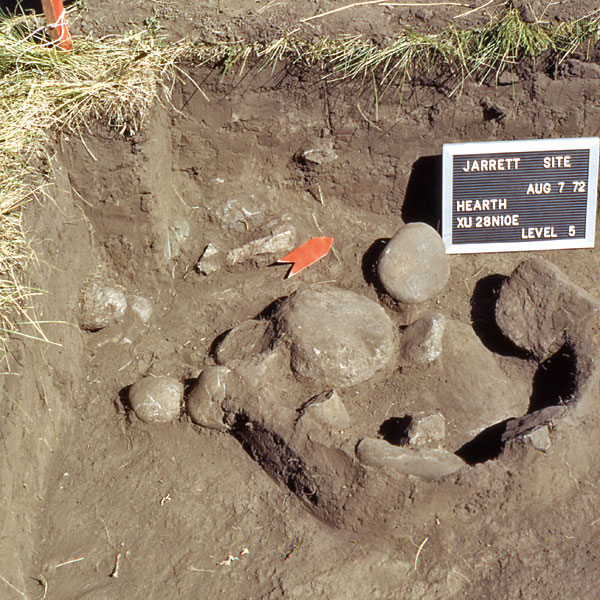 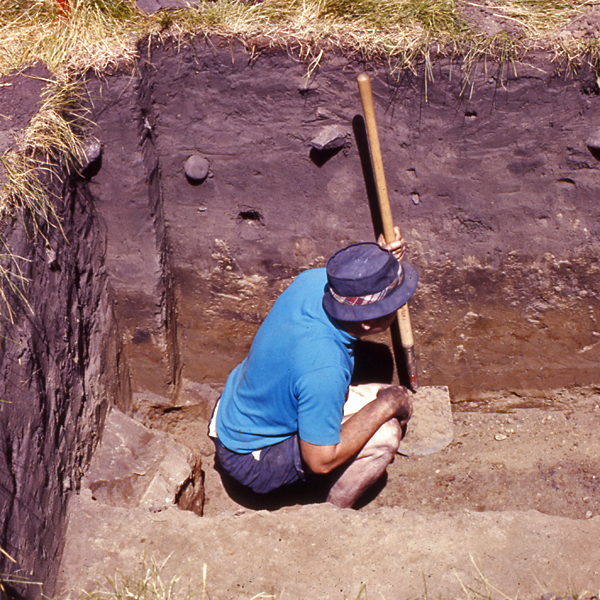 The MSU students worked at the site on the dude ranch from June through August of 1972 while living in tents, catching trout from the Boulder River, and using the chilly water for bathing, swimming, and as a source of “refrigeration.” Perhaps these students got a feel for the more primitive lifestyle of the past while contributing to our limited knowledge of the early native inhabitation of the mountain region around what is now the Hawley Mountain Guest Ranch. 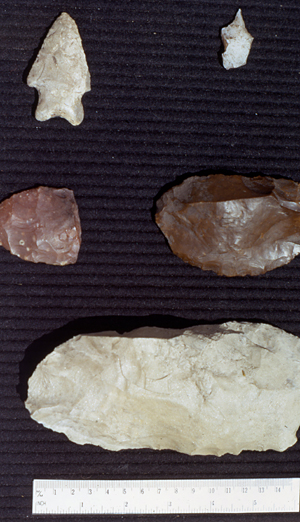 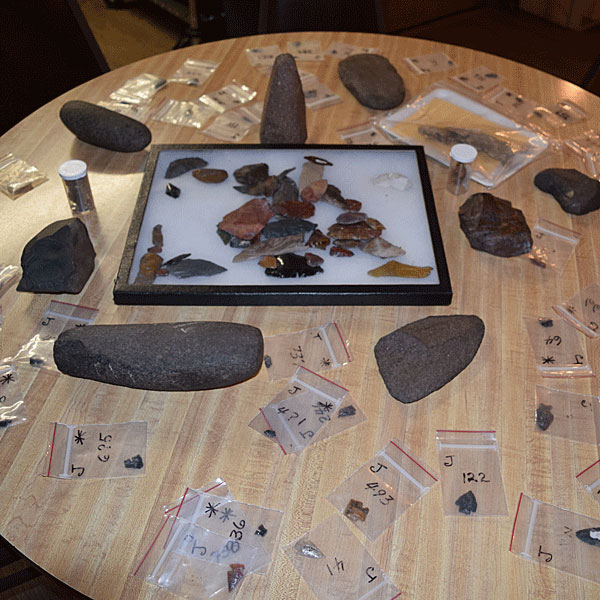 What unique experiences await on your Montana dude ranch vacation?

Information gathered from Retracing the Flight of Historic Man
By Leslie B. Davis, Assistant Curator
Anthropology and Archeology Museum of the Rockies